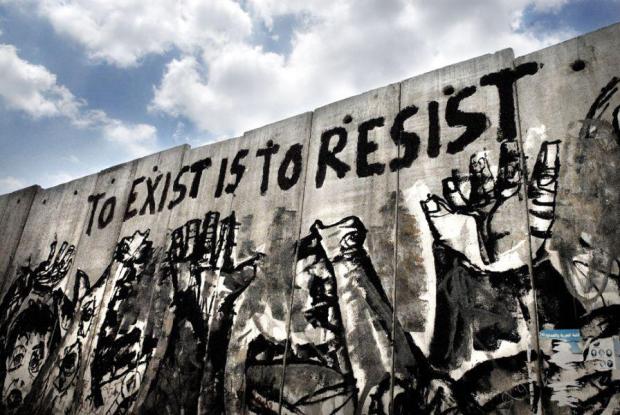 It has been almost two years now since we wrote our manifesto. We called it a manifesto, but in reality, I’m not sure what it was.

Was it a manifesto, or was it a cry for help? Perhaps, an accusation, or even perhaps a demand to the world and to ourselves; a demand for change from the outside and from within.

It was before the uprisings began around us, and they have been roaring the last two years in Tunisia, Egypt, Libya, Syria and Bahrain. But we had felt like shouting in the dark, and while this raging had brought light into the darkness of the dictatorships around us, the night around us has not thinned even a bit. No, if anything, it has only become darker.

We had come out from under the rubble in 2009, when Israel had embarked on what they liked to call a “war” – which in actuality had been a massacre – leaving 1,385 people dead, among them 318 children. They left Gaza in ruins.

We had built up Gaza again with our bare hands, even though cement was blockaded; we had buried our loved ones and tried to cover the holes in our hearts which they left. A year later, we regained the strength to shout out our unbearable situation to the world, and to unite for a fight against the hell we were – and are – living in.

We too organised large demonstrations, even though they were overshadowed by the revolutions taking place in the surrounding countries. Our demonstrations in the West Bank and Gaza Strip began on March 15, 2011, bringing out a large part of the population onto the streets. We wanted to achieve the unity of our parties and leaders – Hamas and Fatah – who in the quest to have seize power and wealth have betrayed our land of Palestine and the dreams and demands of our youth.

And for this goal, we achieved what first had seemed promising: Discussions, negotiations and unity efforts by our leaders. And still, all of that ended up in empty promises.

Manifesto? That sounds too fierce, like a struggle that might produce victory. But we are tired, two years later. Tired of the empty promises surrounding us. There is a peace process, but one that is an insult to the word “peace”, and that makes one wonder for whom such a farce is still seriously maintained.

Since 2006, the ongoing siege punishes us daily – we could mention all the UN conventions it violates, as if that wasn’t mentioned enough already. Collective punishment for all of us, for having elected the wrong party, for having held one Israeli soldier who is now free, while thousands of our prisoners languish in Israeli jails. Collective punishments for being Palestinians, for being born in Gaza.

It also means that the discourse in the media is about whether there is enough food coming in, whether the siege has lifted a bit and if now there are enough sorts of Israeli chips packets in our supermarkets. Like we are animals in a zoo and the question is whether we are fed enough. We are, I can tell you. We don’t need your aid packages, we don’t need your chips, nor your bread.

We had well-functioning factories, which were bombed away. We had rich land that could produce not only enough food for us, but enough to export it to the whole world. If that land wasn’t raped daily by Israeli bulldozers, and if we weren’t forbidden to enter by military declarations. There is still an ongoing siege, keeping us needy like beggars – and we get bread instead of rights.

There are talks about unity and re-elections, consisting of words which are so empty that it is not even worth listening to them.

And then there are the new Arab governments. The new Egypt, which wants to open the Rafah border crossing in order to no longer be complicit in imprisoning us in our 5 by 20 km hell. But even with so many visits by Hamas to Cairo, it’s still just words. When will this happen? When will there be open borders instead of just assurances? When will our children no longer be born into a world where there is no freedom, no adequate medical care, no work, no future, nothing but violence and falling bombs?

We are still young enough to fight for our own future, not only for that of our children, and yet old enough to be tired. Tired of the daily struggle for survival, which distracts us from our dreams. Tired of our own government, which meets our hopes with violence.

When I tell my own story since the publication of the manifesto two years ago, it’s a story marked by violence and persecution, by arrests, abuse and flight. And resistance. Always new resistance.

When I tell the stories of other members of Gaza Youth Breaks Out, they are not much different. But I will stick with mine. With my many arrests from Hamas.

I can’t even count how often I have been arrested, and arrests in Gaza mean torture, abuse and inhumane conditions in their prisons. They mean not knowing what I’m actually accused of or when I’ll get out, leaving family and friends outside in agony, not being able to reach me, not even being able to send me a lawyer.

I got incredible support though – from inside Gaza and from outside – because my name is known. However, there are others imprisoned whose names are not known, and from whom I’m not even able to hear from.

I was invited to other countries – an opportunity not many in Gaza have – and told people about our open air prison, about our barely-existing life there. I met an interested audience and encountered renewed promises of support, and when I came back I was greeted with arrest and interrogation.

There are too many who have an interest in the status quo, and too few who are interested in Gazan youth.

Protestors in Egypt numbered in the millions, yet here, we have a frightened population oppressed by numerous powers simultaneously, shunned by a hypocritical West that demands democracy on the one hand, but turning a blind eye to the oppression and occupation of Palestine on the other.

Due to this stifling environment, we see our future now in foreign countries, where we can live and work, where governments recognise our own pain and our own danger, even though they remain silent when it comes to the big picture.

Ultimately, I did what I never wanted to do and left Gaza, but not because of the arrests and abuse. I could have stood those. I could, that is, if there had been united support, if we and others would have made the manifesto into a united manifesto for a united fight for a free Palestine, for building a future together for our generation.

I still regularly keep in touch with people in Gaza. The talk is usually about the lack of electricity, bombs in the night, graduates with no job opportunities, the tight grip of the Hamas government, and walls that are nearly impossible to scale. Yes, mainly they talk about leaving. Leaving Gaza, leaving this prison and dumpster of the world. Many of my friends left like I did, and many more want to.

My friends and I were forced to leave by a Gaza that has been made unbearable by violence and arrests through Hamas. A future in Gaza has been robbed from us by a siege that leaves us no jobs or opportunities. Nevertheless, even though we might be leagues apart and spread throughout the world, we will never cease to see a future for Gaza. Palestine, Gaza, that is our land, that is where we belong.

There’s an olive tree in my garden, and I have always dreamed of seeing my children playing under it. Wherever I might be now, one day my children will be playing under this olive tree, in a free Palestine, without fear for their lives, and that is what I will keep fighting for.

Yes, we are weary. But still, my story – and the stories of all the other amazing youth of Gaza – is and always will be a story of resistance, of resilience. Of always coming back to the land we belong to. We carry the hope of a free Gaza, a free Palestine and a future there for us in our hearts, and in our hands, in our daily work.

We struggle every day against our obstacles and for our dreams, and you can see that in all the amazing creativity coming out of Gaza, in our art, poems, writing, videos and songs, you can hear it and meet us in the talks we give all over the world.

Yes, we wrote a manifesto, and maybe that was just the bright and loud outcry of the beginning of a journey, whose path is hard and tiring, thorny and also often very quiet and dark. But it is always there.

So two years later, we say: We will be free. We will live. We will have peace. And we are always out there, fighting our daily struggle, full of the resistance we inherited from a long struggle for Palestine. We live and write and say and sing silent or load manifestos every day. Just listen to us.